The Queen of Everything! 5 Tips For Keeping Your Crown On, Even When You Feel Like S***

Saturn's been in Sagittarius (my sun sign) since late 2014 and it has SO not been fun. As the year winds down and my time with the stern taskmaster planet is coming to an end (December 19. Party. My place.), I've been reflecting on the following, repeating messages:
And this one... 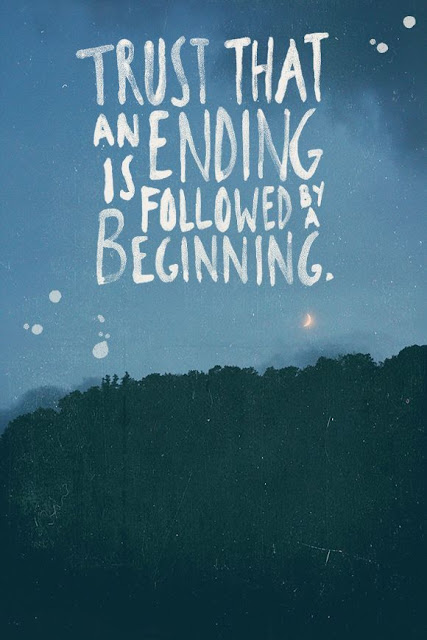 And my all time favorite... Guess where I am??? 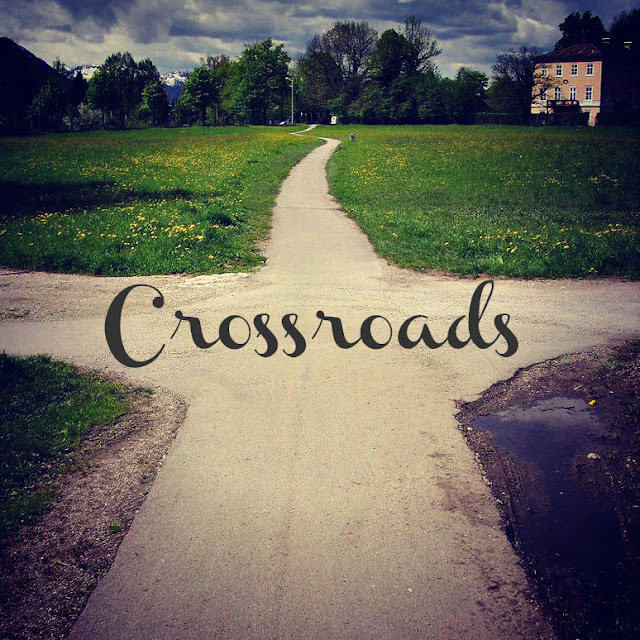 While many good things have happened since this shift, in general I've felt scattered and fragile and frustratingly weak. Plans and expectations (You had PLANS? EXPECTATIONS?! Hahahaha!) fell apart with and without warning. Saturn is teaching me that trying to control things, always playing safe, doing "everything right" or "the right way" is an illusion. It's the choices you make, the chances you take, and your reactions to what happens in your life (the only things you CAN control) that help you grow.

I waste a lot of time being scared. Of failure. Of speaking my mind/truth. Of appearing stupid (stupid.). Of being vulnerable and showing vulnerability. I rarely share my own struggles, share my opinions and reveal my feels, or make confident statements. When I do, they're usually prefaced by some sort of explanation--and we're not just talking about social media, but pretty much everywhere. Can you imagine having an inner debate nearly EVERY time you have a conversation with someone? "Should I say that?" "What will happen if I... " "This is gonna piss him/her off, and THEN what?" "Will they hate me if I..." Trust me when I say this behavior is wearying, and the only thing I've accomplished by it is missing things. But starting with that article, and baby step by baby step after, I've been trying to let go of what no longer serves me. To close certain books and stop re-reading chapters. To be comfortable at the crossroads. To speak my mind. To be bold, dammit! Be the queen that I am!


So...
When the world's got you down
Turn that frown upside down
And try summa this
To keep your head in that crown!

ACKNOWLEDGE AND EMBRACE YOUR PERSONAL STRUGGLES.

When Magical Destinations of the Northeast came out I had super-high hopes. I wanted it to sell well, be well received and win awards and things, and that's just not happening. (It has been well received, and I'm grateful for that!) Because of this, sometimes it's hard to hear about other authors winning awards and getting new contracts because they're latest releases are doing so well. In the grand scheme of things, this is a small problem to have, but it's mine, and it impacts my life; I've invested a lot in my writing. Acknowledging your challenges doesn't belittle someone else's challenges. Celebrating your achievements doesn't make light of others' accomplishments. It's not a contest--but it IS a test of character. It's perfectly okay and totally human to think/feel/say, "Well that's awesome! I'm so happy for you, and so proud. Now... when's it my turn?" Your accomplishments and challenges are unique to you. They're real and relevant to your evolution as a person. Allow yourself to feel your feels--even the negative ones--because it's the only way you'll be able to let them go.

USE YOUR MAGIC. *EVERY DAY*

When things go to hell--or when they're fabulous, but nebulous (Job interview! Email from agent with a new opportunity! Why won't this pain go away?) my first instinct is to flip a card, burn a candle and pray. Spiritual practice is what gets us through the tough times--easy to embrace when there's a need in the house. But what about when there isn't one? I've tried to make it a practice to do a daily (nightly) gratitude meditation and regular devotionals to helpful saints and ancestors. TRYING is the operative word, and CONSISTENCY is key. In ANYTHING. Eating (lifestyle change), writing, parenting, movement (exercise--but I like the word movement better than "exercise"). Practicing something regularly makes you good at it.

BE GENEROUS WITH OTHERS. 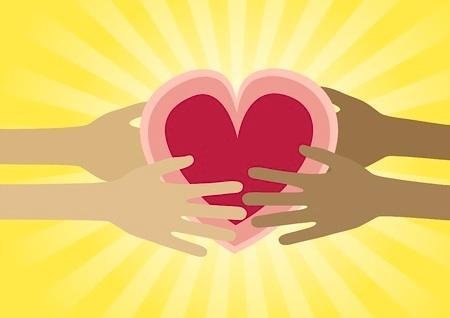 Seriously. If you're down and you want to feel good pretty much immediately, do something for someone else. This is an action that has never failed me (but don't take my word for it--read this and this and this.). It doesn't take much and it doesn't have to be monetary. Share someone's good news. Like their Instagram pic. Comment. Re-tweet. Put the plastic bottle in recycle. Hold open a door. Say, "Have a great day!" or compliment someone on their outfit. Only takes a sec, just sayin'.

BE PATIENT. PUT THINGS IN PERSPECTIVE, AND FOR GOODNESS SAKE, DON'T BE SO HARD ON YOURSELF. 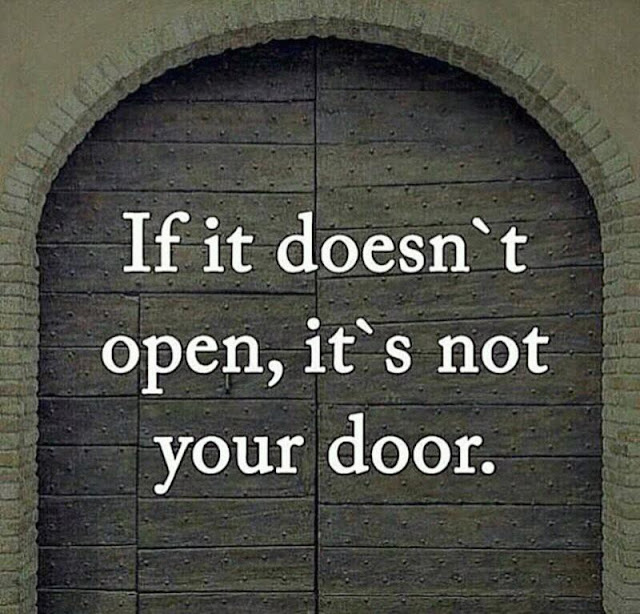 Many people have asked me when the next Magical Destinations book is coming out, but the truth is that I don't know if there will be a next one. Magical Destinations of the Northeast is selling, but not well enough to ensure that I get to complete the series. BTW, this is NOT a ploy to sell books--what I'm trying to deal with is bigger than that, but of course if you want to buy one... ;)

Anyhoo, I like posting inspirational memes and videos on social media; they help me feel better when I'm down. Recently I came across one that was like, "12 Things To Remember When You're Stuck." It was a video of a dozen slides with quotes and one of them was "If it doesn't open, it's not your door." My first thought after reading that, coupled with the sales news, was, "Okay. Be grateful for what you've been able to do, but now you've devoted enough energy to this. Time to move onto something else." Not just the Magical Destinations series, but writing in general.  So far, I've had many, many wonderful opportunities--but they never seem to go anywhere, or at least go where I *think* they should go. I don't think I'm alone in wanting to live up to my potential, be needed, and make a positive impact in the lives of others. Is writing my door? And if it's not, why would the almighty keep cracking it open? Or maybe I'm peeking through a keyhole? This calls for another gif...


Note to self: Would it really be THAT nice if everything was Insta- and I could just say the word and get what I wanted?
*thinks about it*
No seriously.
*THINKS ABOUT IT*
Okay, okay... maybe it wouldn't be so good, a kind of Christmas every day kind of thing. It's important to remember that change often happens slowly and imperceptibly. Even when you think things aren't happening, they are. And, easy to say, hard to do--believe that setbacks aren't a death sentence. They don't mean that a door is shut or that it's not yours. Take a second to put things into perspective. If something isn't working, what ELSE is going on in your life? Chances are, you're multitasking. I've been spread pretty thin between writing, working and multiple family crises. All things considered, I think I've done pretty well. I still want my door. And a golden egg. Which brings me to... 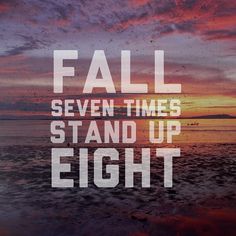 Whatever happens, you MUST get back up. Give yourself time to rest/mourn/collect your thoughts, but get up. Start over. Take time. It's never too late. There's ALWAYS someone who cares. You and your voice are needed, wanted, and relevant--mine too.

PS--Want some help with the whole patience thing? Read and study astrology. (Have a look at my post, 5 Astrology Blogs You Need To Visit Everyday.) Astrology isn't so much about predicting the future, as it is about timing and the knowing the (emotional/social/etc.) climate. It helps to put things in perspective--big time.